Since the Nakba (the catastrophe), in 1948, millions of Palestinians were compelled to exile. Palestinian literature is conditioned by the situation brought by the Israeli Palestinian Conflict. It is no longer only the literature of those writing from inside (those in Israel and the Palestinian Territories) but also of those settled across the globe. Consequently, the themes of migration, displacement, exile, isolation, identity, loss, longing for the homeland, desperate waiting, injustice, oppression and hope are recurrent.
Georges Didi Hubermann(1), French philosopher and historian, believes that the situation of the exile somehow predisposes to cast a critical eye on war as exile implies considering things with perspective, with a certain detachment from events. Palestinian writers in exile also write in other languages, in English for example. Does this help keep the distance? 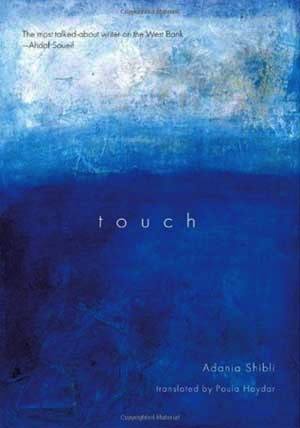 According to Tahseen Yaqeen(2), editor and literary critic, in the 1990s, a new generation of Palestinian young authors emerge, trying to forge their own way, trying to find “an individual creative voice giving authenticity to their feelings, thoughts, and attitudes towards life, the homeland, woman and other contemporary issues.” Yaqeen goes on to say that most of the authors are still “grappling with rebellion, imitation, experimentation, and attempts to prove themselves at all cost.”

Adania Shibli, a young well-known Palestinian writer was born in Palestine in 1974. She currently lives between Jerusalem, Ramallah London. This young bright-eyed lady has been twice awarded the Young Writer’s Award by the A.M. Qattan Foundation ( www.qattanfoundation.org/en/ ) for her novels Masaas ( Touch , 2002) and Kullluna Ba’ed Bethat al Miqdar ‘an al Hub (We are all Equally Far from Love, 2004) both published by al-Adab , Lebanon. Her short stories and essays have also been published in various literary journals and magazines. Adania Shibli has accepted to discuss the new generation of Palestinian writers.

Do you feel that you represent the new generation of Palestinian writers?
No. (In fact, I can hardly represent myself and more than often fail to do so).
In a conversation with poet Mourid Barghouthi, the phrase ‘new generation of Palestinian writers’ came up, and Mourid got quite furious upon hearing it. His fury shed light on the repeated usage of this phrase, almost parroted usage, without it having actual substance. Indeed, as Mourid argued, what would be the line to separate a new from old generation and how long such generation could remain old?
However, I do think there are constantly emerging new conditions in Palestine and for Palestinians, and these should be held accountable for the content shift in literary styles of Palestinian writers. The most immediate example of this, are the works of Mahmoud Darwish. One can identify a severe shift in his style, when reading his poems and texts from the 1970s and 1980s and those from the late 1990s and until his death two years ago. If one follows the criteria for the rash categorisation of new versus old generation of Palestinian writer, then they would put Darwish’s later works under the category of the new generation, without any question.

Do you see a difference between Palestinian writers writing from the inside and those writing in “exile”?
Not really, namely because I have not been looking for such difference. In addition, I do not think the term ‘exile’ is an accurate one to describe the life experience of Palestinian writers living elsewhere; many of these would be actually living between Palestine and elsewhere, or constantly visiting Palestine or staying there for longer periods, as in my case. ‘Exile’ simply implies a severe break from Palestine and this elsewhere, whereas in reality often, one, be them a writer or a non-writer, maintains constant presence in the two places, be it by actually working or going there, or just maintaining a virtual connection with Palestine, where people in the same floor of an office would often use to communicate with each other. What I mean, it’s quite hard to speak about exile in the sense it was understood before the present Information Age, or draw a clear line or a dichotomy between being in the homeland and in exile.

The politically engaged poet Mahmoud Darwich is a sacred literary figure to Palestinian writers, a figure of resistance. What does this mean to you, to write in the wake of his works?
It is rather shameful to say so, but I cannot say I’ve properly read Darwish’s works. I can say more about what it means to be a writer in the wake of him as a person. Darwish is a very generous writer towards many young Palestinian writers, including me and without any of us having to be one of his admirers or followers; he was amongst the very first to push me into the path of writing, and he used to joke, saying: “I’ve read your works and you have not read mine”, referring to my contributions toal-Karmel magazine which he established and used to be its editor in chief.
Maybe in a way I still refrain from reading his works until now, just to keep his joke true.

Are you currently working on a writing project? If yes, can you tell us about it (main themes etc.)?
Yes, and a few actually, which is the normally my case. I’m currently finalising my third novel, and at the beginning of writing a play. It’s hard to discuss them or their themes, as for me they are confined to and by the text until it is complete.
–
1) – In Confronting Images , PSU press, 2004. ( www.psupress.org )
2) – www.pij.org/details.php