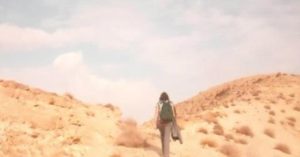 This particular piece was commissioned to the poet Juana Adcock for StAnza, Scotland’s International Poetry Festival, where it was presented as a recording, available in a listening booth, and as a printed leaflet. In it she wove together fragments of poems by Ali Thareb (Arabic), Elizabeth Grech (Maltese), Massimo Barilla (Italian), Jean-Rémi Gandon (French), Christie Williamson (Shetlandic), Mária Ferenčuhová (Slovakian), Arjan Hut (Frisian), Mónika Ferencz (Hungarian), with my her words in English and Spanish, along with her piano composition. Using as a leit motif the Maltese Ħ and the Maltese word ‘’Leħnek’ (which means ‘your voice’) as well as the Arabic phrase ‘”ana ‘anbih kthyraan’ (which means ‘I bark too much’), she wove together a poem that uses the musicality of the words as much as their meaning. The poem speaks of voice, self and body, and the nature of poetry both as denunciation (with the barking being about an absent friend who was abducted in Iraq) and as miracle (with the word ‘tree’ blossoming as it is uttered). She was lucky enough to work closely with all of these poets in various multilingual poetry translation workshops in Budapest, Valletta and Edinburgh, and had a working understanding of their poems which enabled her to weave multiple languages together in this way. An abbreviated version of this poem was performed using a tape recorder, as part of the Babelsprech multi-lingual poetry event in London.

Listen to wratħbones on Soundcloud